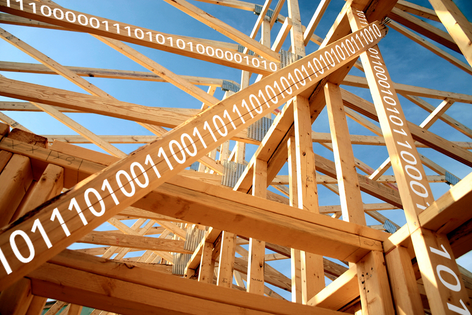 Home building doesn’t have to be inefficient and based mostly on guesswork–one builder figured out how data could drive it forward.

In 2009, Jason Adams wasn’t sure what he was going to do. The thirtysomething entrepreneur based in Bend, Oregon had built up a successful land development business. Real estate was in his blood. His mother had been a real estate agent for nearly 35 years, and his stepfather had spent the greater part of his life working in property management. After a meteoric rise in home values in the retirement and recreation community situated in central Oregon, Bend was hit hard when the housing market crashed in 2008. It experienced some of the fastest depreciating property values in the country.

Under these tough circumstances, Adams watched 90-95% of his fellow real estate speculators leave the market. Many of them declared bankruptcy, some fled the country to escape their creditors, and a few, sadly, even chose to take their own lives. As he stared at his own heavy debts, Adams knew what his attorney would recommend—declare bankruptcy and move on. However, Adams felt a strong commitment to his hometown and felt duty bound to pay back his loans.

After buying and selling foreclosures to stay afloat, in 2010, he noticed there were only one or two builders still left to serve the local residential market in Bend. After he was asked to build a new home that year, he was pleasantly surprised when he built three more houses the next year and then 11 more homes the following year. Before he knew it, he had unintentionally become a home builder, the CEO of Arbor Builders. As a relative newcomer to this industry, he met with other builders to learn from their experiences and hear their frustrations. Adams realized, “I was just beginning to feel some of the same pain, and I knew it was only going to get worse as I added more zeroes.” He knew the longer he waited to address the problems–such as margin management, cashflow planning, construction scheduling, and so on–the harder they would be to fix. Adams decided to turn to a new building tool—data—and it quickly gave him a competitive advantage.

For decades, the home building industry has operated the same way—highly inefficiently and based on a lot of guesswork. Adams found many seasoned builders were resistant to new approaches and ideas, especially involving technology and data. When the housing market is booming, it is easy to mask efficiency issues. However, as the housing industry becomes increasingly expensive—both in terms of inputs (materials, land) and outputs (housing prices)—mistakes are going to prove more costly. Adams felt strongly that builders who became more efficient would stay in business, those who don’t won’t survive.

Facing this industry-wide efficiency challenge, Adams had a “pure need and hunger to do something different.” When he looked at his smartphone, he was able to see all of his sports and news information in one place. He could get all kinds of insights into what was going on in the world, but he couldn’t do the same for his own business. If he could get the latest college football scores on his phone, why couldn’t he check his phone for the status of various housing projects? To achieve this goal, Adams was determined to “datafy” everything within his construction business by following three key steps.

When Adams looked at his 12 different systems for accounting, purchasing, scheduling, sales and so on, the data was fragmented. Each system had its own reports and separate login, which meant he was lucky if he accessed each system more than once a month or quarter. He quickly recognized the need to have a mobile-friendly, cloud-based platform where he could aggregate all of his data in one place (Domo). After hiring a friend with more technical expertise, Adams was able to get a robust, strategic data foundation in place. They were also able to fill annoying data gaps across the various data systems. In multiple instances, Adams found they could add supplemental data directly into his cloud-based data platform in a more agile manner than routing it through his existing business applications. For example, his purchasing tool vendor took 15 months to address a feature request for a simple checkbox. Rather than waiting for slow-moving vendors, his agile technical team has built out more than 200 Box connectors to provide a more comprehensive view of business performance.